Back in December, photographer Patrick Kehoe and I shot a portrait and video interview of  84 year old activist Dorli Rainey for The Gaurdian (UK) Weekend Magazine.  In the video, Dorli talks about  the circumstances which led to being pepper sprayed in the face by a police officer during the Occupy Seattle protest.  Below is a shocking photo by Joshua Trujillo for the Seattle PI, moments after Dorli was doused with milk to counter the effects of the spray.

Makeup side note:  During the shoot, Dorli had a terrible black eye.  Special thanks to Bobbi Brown’s BBU palette which helped conceal the deep bruise, you’d never know there was anything there when you see the video footage! 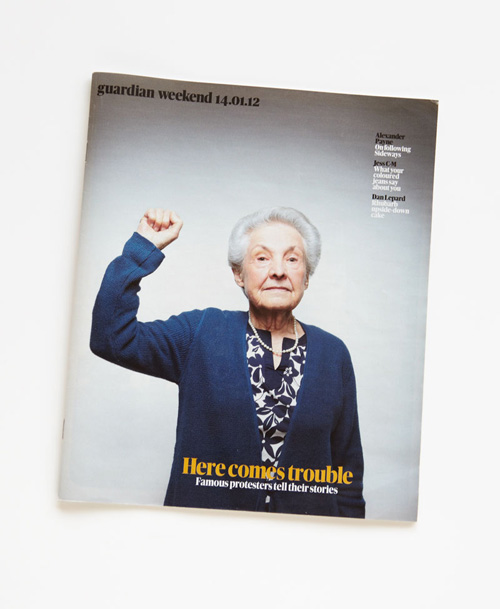